My Railways - Past, Present and Future

This section looks at the model railways I have built in the past and the one I would like to build in the future.

It all started when my good lady bought me R1038 Venice-Simplon Orient Express Boxed Set for my 60th birthday well over a decade ago. The simple double loop in the set was soon expanded into a bigger and better range of tracks in the loft of my bungalow in UK. As they say it went along from there.

The loft layout, although fully functional was never really finished as we had decided to retire to Cyprus when I quit work, so this layout was downsized to a much smaller modular layout in the garage pending export.

In Cyprus I had the 3rd bedroom available for a layout, which was a good sized U-shaped folded-8 with a works area and a terminus station. Good running lines but the station platforms were too short. Then for reasons of extra bed-space this layout was converted to an L-shaped end-to-end, which I never really liked as I prefer to watch trains going round, not stopping and starting every 12 feet. So I rearranged the modules again, this time to make a roundy-round table top layout, with a turntable, which I enjoy fiddling with.

We are now back in UK in a house that has a professionally converted garage that is now my Train Room.

Pictures of these layouts to date are shown below.

Number 1 was a Loft Layout in UK about 10 feet by 15 feet - L shaped. Not finished as we planned to move to Cyprus upon retirement.

Number 2 was a stand alone layout in my garage in UK about 12 feet by 4 feet. This was modular to take to Cyprus with us. 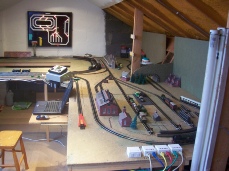 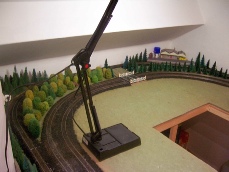 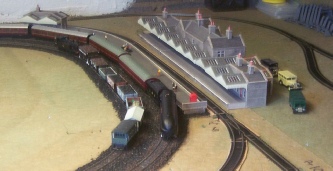 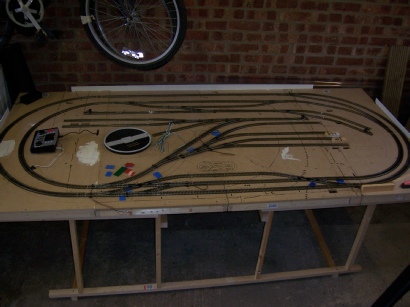 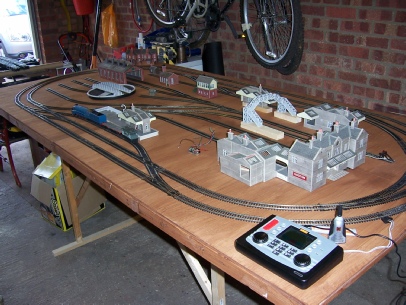 Number 3 was a U-shaped folded-8 layout in a spare bedroom in Cyprus. Never happy with it as the station platforms were too short. 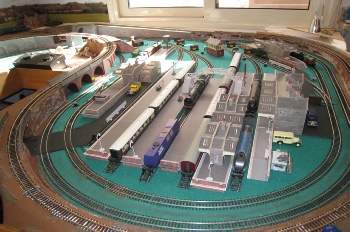 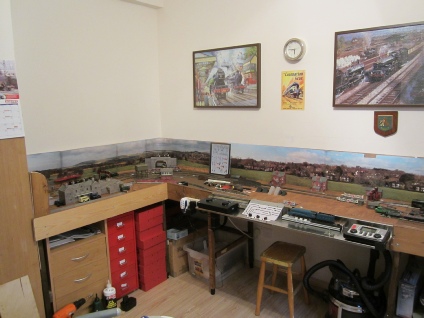 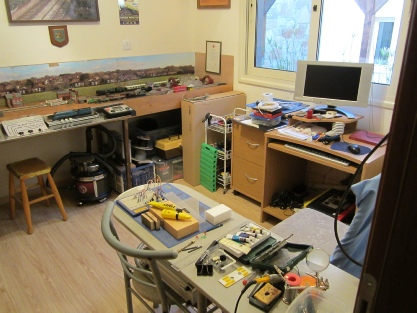 Number 5 was a roundy-round layout about 6 feet by 4 feet on castors designed to provide better play value than the end to end and a handy continuous running test track. 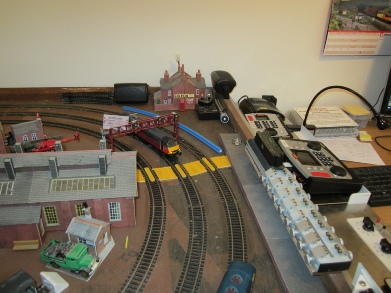 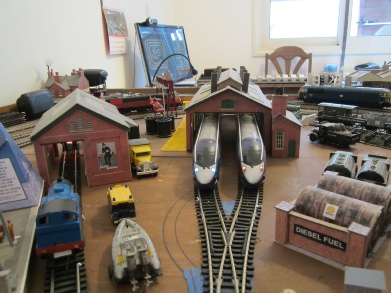 My current and likely my final layout was initially planned for a 14ft x 10ft shed in UK, with a working area of about 12ft x 10ft.

The house we have moved to has a converted 16ft x 9ft garage sized room this plan was modified a tad (i.e. about the same length to give space for a work-bench but a bit narrower).

The Russet Lines can be seen in these pictures. Click the thumbnails to view, scroll as required using the controls.