You may recognise Wg Cmdr Ken Wallis in some of the photos, famous for his auto gyros. Whilst never a brat Ken was made an honorary member of the Norfolk Branch.

During the Robertson Barracks visit he pranged his 'Little Nellie gunship' after it lost power during a demo flight over the sports field outside the Officers’ mess.

The game old boy (90+ at the time) walked away from the crash and was marched off to sick quarters for a check-over by the Army.

Needless to say he was perfectly OK and turned up the next weekend with a trailer to collect all the bits.

Sadly Ken passed over in 2013 but he will always be remembered for his outstanding contributions to the engineering world.

The Norfolk branch of RAFHAAA (known locally as the Old Haltonians - Norfolk Branch) meets at several different venues in the Dereham area.

They arrange excursions to visit local attractions and hold social events throughout the year.

There is also an active branch walkers club that meets every Tuesday for a ramble followed by lunch, Contact Reg Roberts for more info.

Below is a selection of pictures from some of these events. Please note this page is slow to load.

The pictures below were taken by the Army during a visit of the Old Haltonians Norfolk Branch to Robertson Barracks, formerly RAF Swanton Morley. 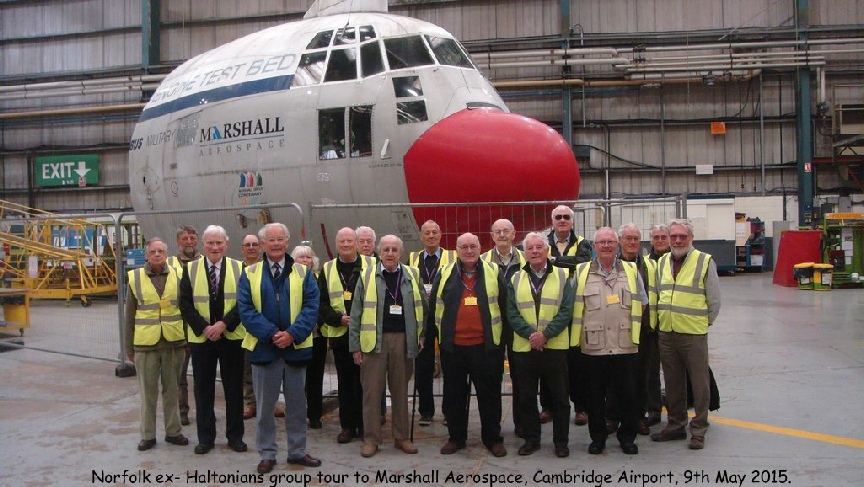 For more information about the Norfolk Branch, when and where they meet, please contact the secretary,

The Tuesday Walkers meet as expected every Tuesday initially in the Village Hall Cafe at Great Witchingham (follow the signs at the pedestrian crossing in the village) for coffee and biscuits, then on to Whitwell & Reepham Station (brown signpost off the Norwich to Fakenham Road) for a ramble along the old railway line followed by lunch in the bar and a chin-wag. 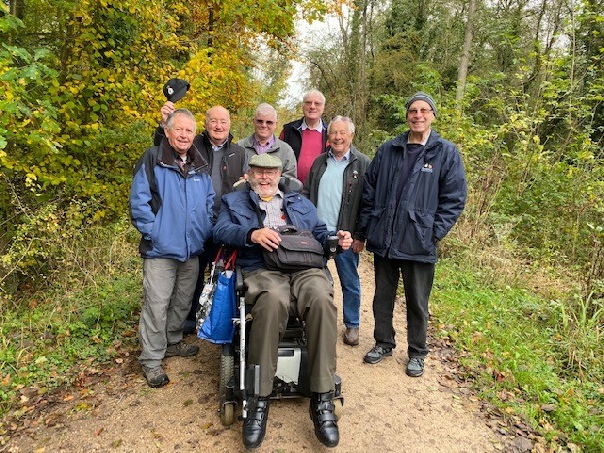 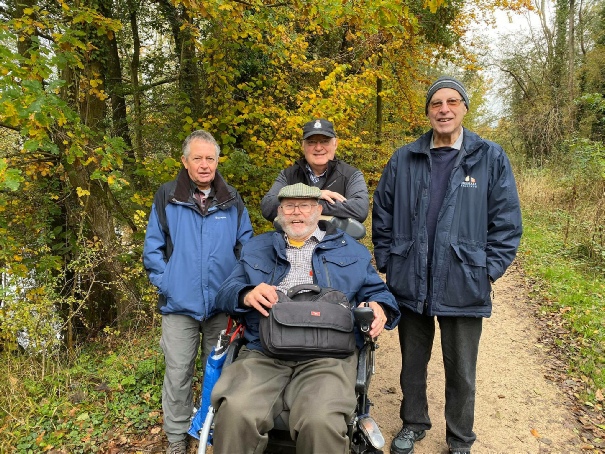 Tuesday Walkers 10th December 2019 - Whitwell and Reepham Station.  13 souls awaiting lunch after a walk on a cold and windy day. 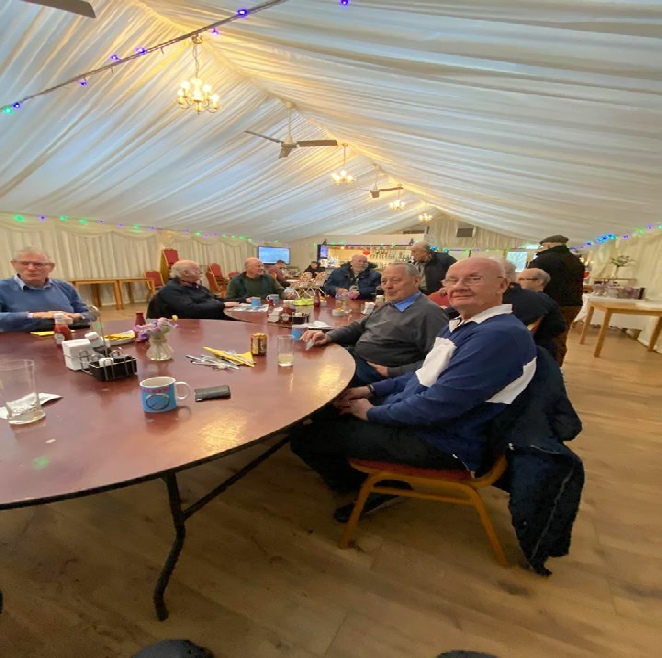